There is only one way to make cinnamon rolls even better! Add apples! Try this Apple Cinnamon Rolls Recipe. The perfect fall breakfast!

So I found apples on sale at Aldi last week. I may or may not have bought my weight in apples because they were so cheap, fresh, and I LOVE apples this time of year. Now I am facing the consequences of my actions and trying to find some tasty ways to use up my apples instead of just eating them the way they are (which I do...and love!). These Apple Cinnamon Rolls are a perfect way to use a couple of apples, and the flavors are oh so perfect together. I made a batch of cinnamon rolls dough and rolled it out. I filled them with cinnamon sugar and bits of diced granny smith apples. I rolled them tightly and placed them on a parchment-lined baking sheet. After years of greasing pans, I have learned this is by far the easiest cleanup method.  I may or may not have sprinkled a little extra brown sugar in the bottom of the pan to add some sticky to my buns. 😉 I baked them at 375 for 30 minutes until they looked like this. All nice and golden brown. After they cooled a little, I drizzled them with some cinnamon sugar glaze. Can you say, "Perfection"? They are almost too pretty to eat. Well....Almost. You can split the dough in half and divide it among two round 8 or 9 inch pans. You can then freeze half to bake another day. Wrap tightly to freeze and defrost before baking. Keeps in freezer for up to 2 months.
Tried this recipe? Let us know how it was! We love comments! If you love cinnamon rolls, you are going to love these.... 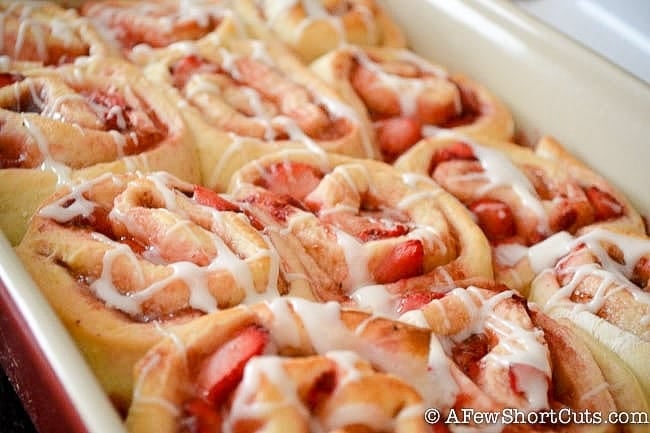 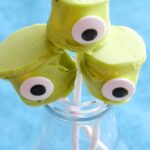 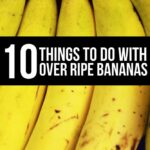 Delivered to Your Inbox for Free Sign Up Now