Anytime there is ham being served this Instant Pot Black Eyed Peas Recipe is soon to follow. Ready from dry beans in about an hour!

There are few recipes in my house that are sacred. One of them is this Instant Pot Black Eyed Peas Recipe. I know it by heart because my family loves it so much. They love it and can't get enough! They are a perfect meal to enjoy after you bake a ham because they use the ham bone for flavoring.

There are a few versions of the story, but Black Eyed Peas are considered lucky and typically eaten on New Years Day. This tradition originates in the South Eastern United States.

I don't know about you, but I can take all the luck I can get. Bring on the Peas!

This recipe is very easy. Just place the dried beans and ham bone in your Instant Pot. Top with the water and seasonings and close up your Instant Pot making sure the seal is closed.

Cook on high pressure for 45 minutes and allow your instant pot to naturally depressurize for at least 15 minutes before opening.

Serve with some rice, greens, and/or corn bread.

Do I Need a Ham Bone?

The ham bone does add essential flavor to this recipe. I usually make them after Easter or Christmas because that is when we have a ham.

If you don't have a ham bone you can used diced ham in place of the bone. Ask your meat department or butcher if they have any ham hocks or ham bones. They typically have them on hand for fairly cheap.

What do you serve with Black Eyed Peas. In my house they disappear quickly in a bowl with a little bit of diced ham. Sometimes they go over rice. Other times, they go on the side with some Collard or Mustard Greens. Almost always there is some cornbread involved because it adds a bit of deliciousness to the party!

If you don't have an Instant Pot there are other ways to make Black Eyed Peas that are equally delicious. They just take a little longer. That is ok!

Try this easy Crockpot Black Eyed Pea Recipe on MomsWithCrockpots.com. We love it! 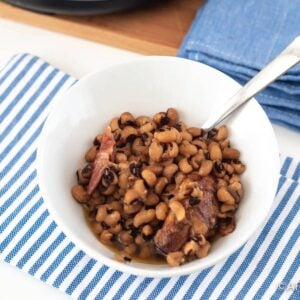 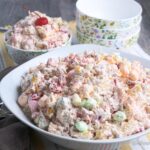 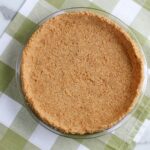